One of five editorial cartoonists being recognized with a stamp, Gable is a legend of his profession who uses wit, humour to connect with readers 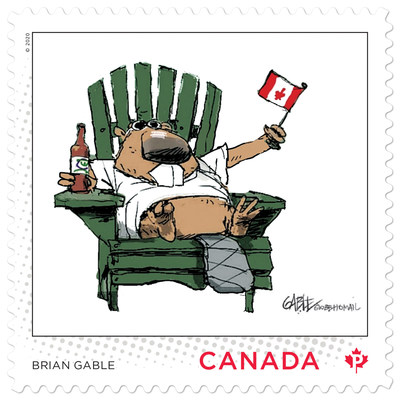 Gable captures the voices of average citizens in his cartoons and how they see decisions made by the powers that be. He regularly uses satire and sarcasm to highlight important issues facing our country and the world. He has won seven National Newspaper Awards for editorial cartooning. In 2018, he was invested as a Member of the Order of Canada. His citation said he's "a legend within the editorial cartooning community" and that his work "embodies our national sense of humour, namely our ability to laugh at ourselves and our institutions."

The Editorial Cartoonists stamps and collectibles will be available on canadapost.ca and at post offices starting October 8. For images of the stamps, in-depth information on the editorial cartoonists and other products, check out the following:

About the stamp issue

Canada Post's newest stamp issue celebrates five of Canada's greatest editorial cartoonists, whose thought-provoking and seminal work has helped shape our national fabric over the last half-century. The five award-winning cartoonists, each honoured with their own stamp, are some of our country's best journalists and storytellers. Their powerful drawings have been important fixtures in some of Canada's most prominent and influential newspapers for decades.

Armed with pencils, ink and razor-sharp wit, these editorial cartoonists have boiled down complex issues into a single image – providing pointed commentary on important domestic and world events. Challenging the status quo and tackling controversial subjects head-on, their work has transcended politics and played an important role in upholding Canadian democratic freedoms.

These talented Canadian artists have made us laugh, reflect and cry with cartoons that tap into the emotions of a country. Their combination of humour and art has enlightened and entertained us, contributed to national debate, and brought attention to unfairness and injustice. Canada Post is proud to honour their enormous contributions to Canadian media and society.